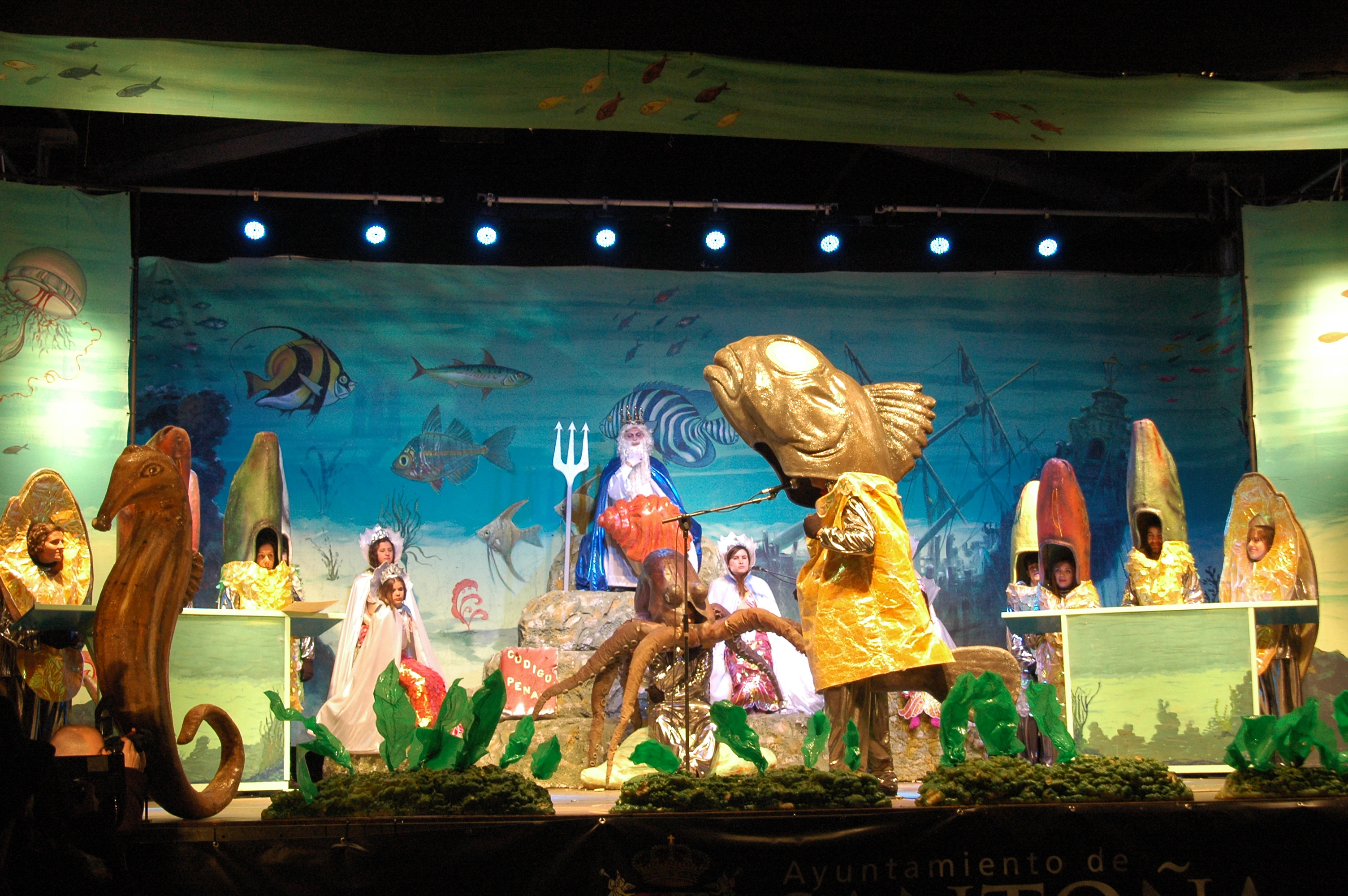 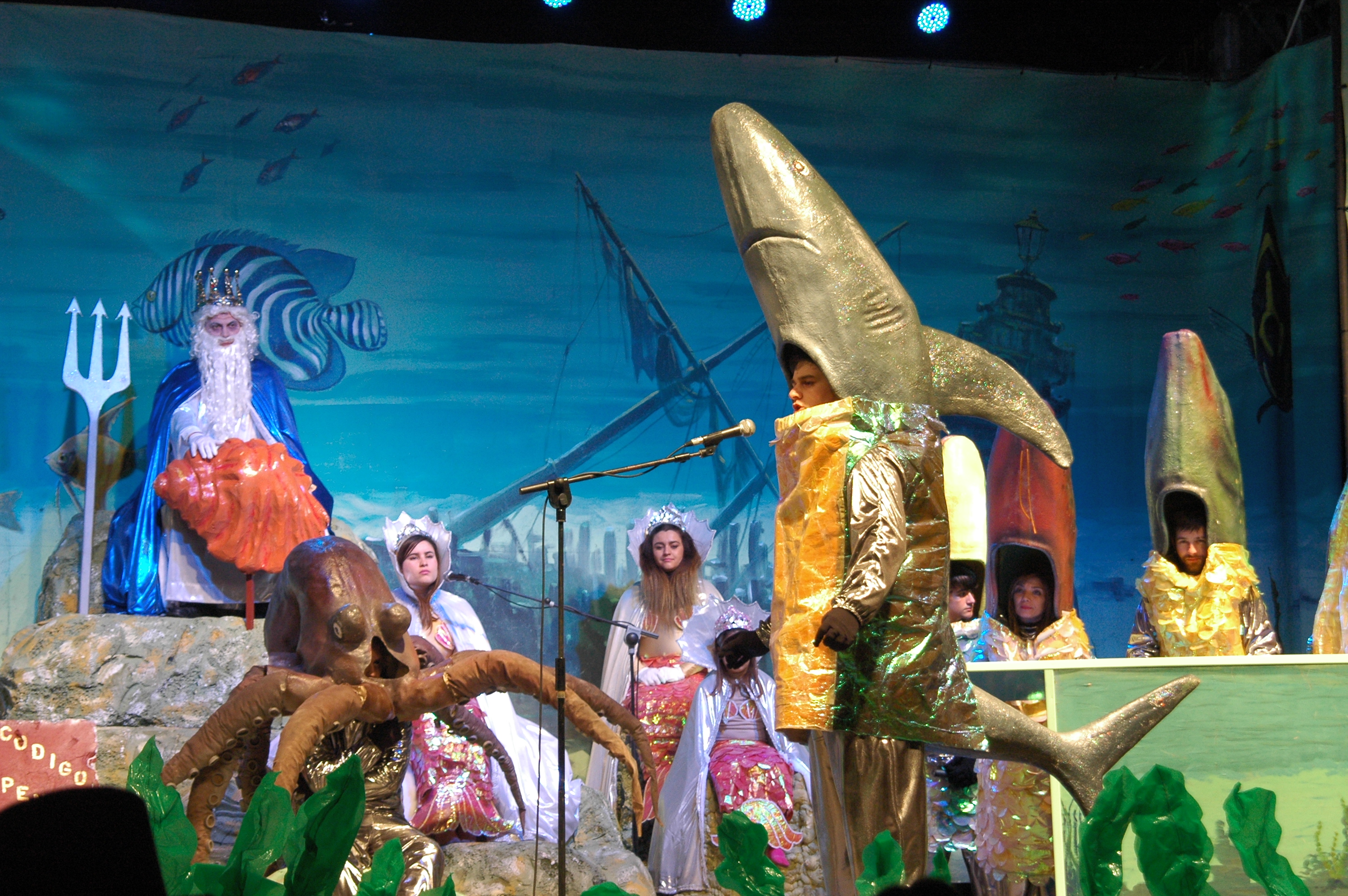 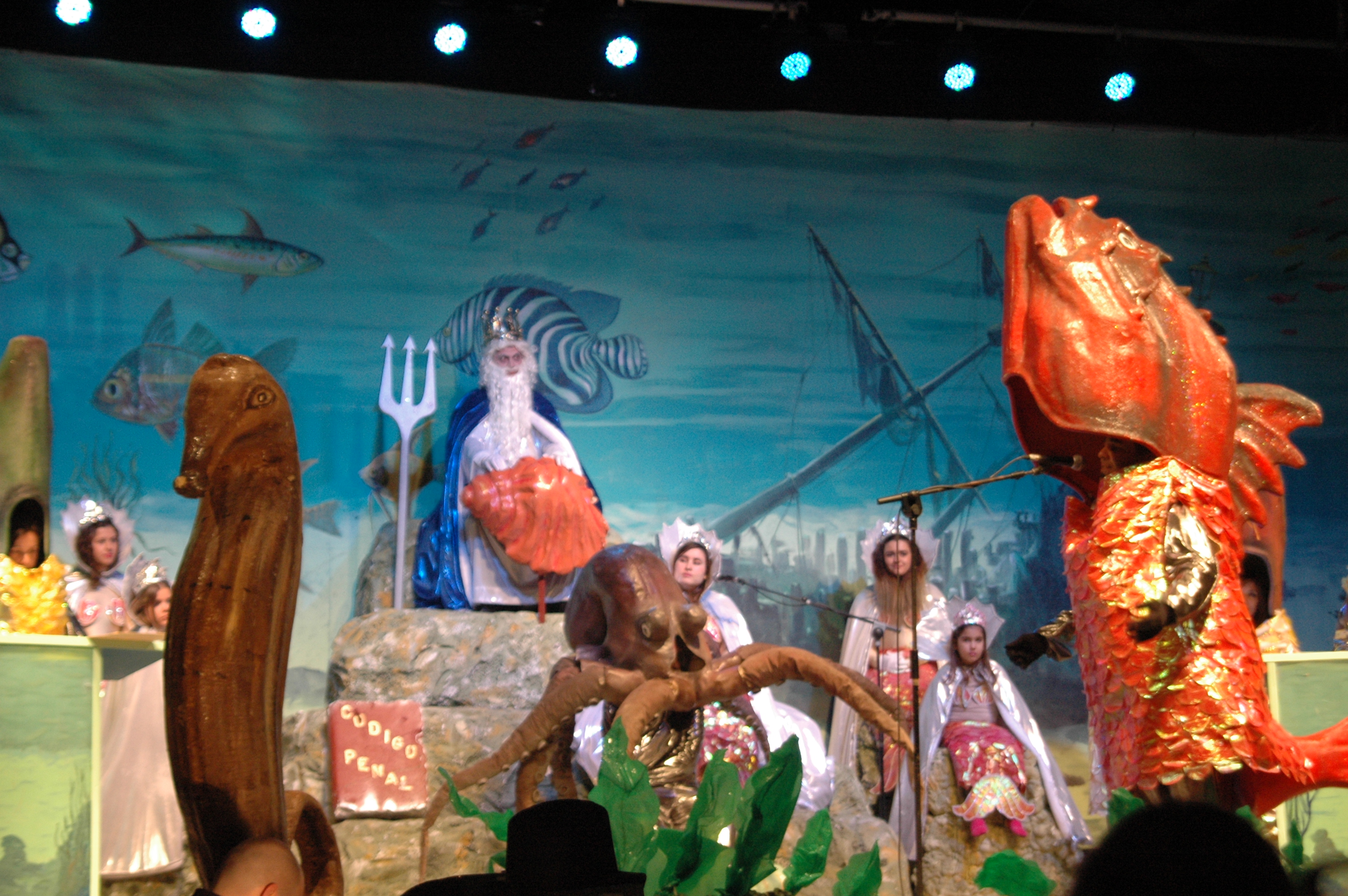 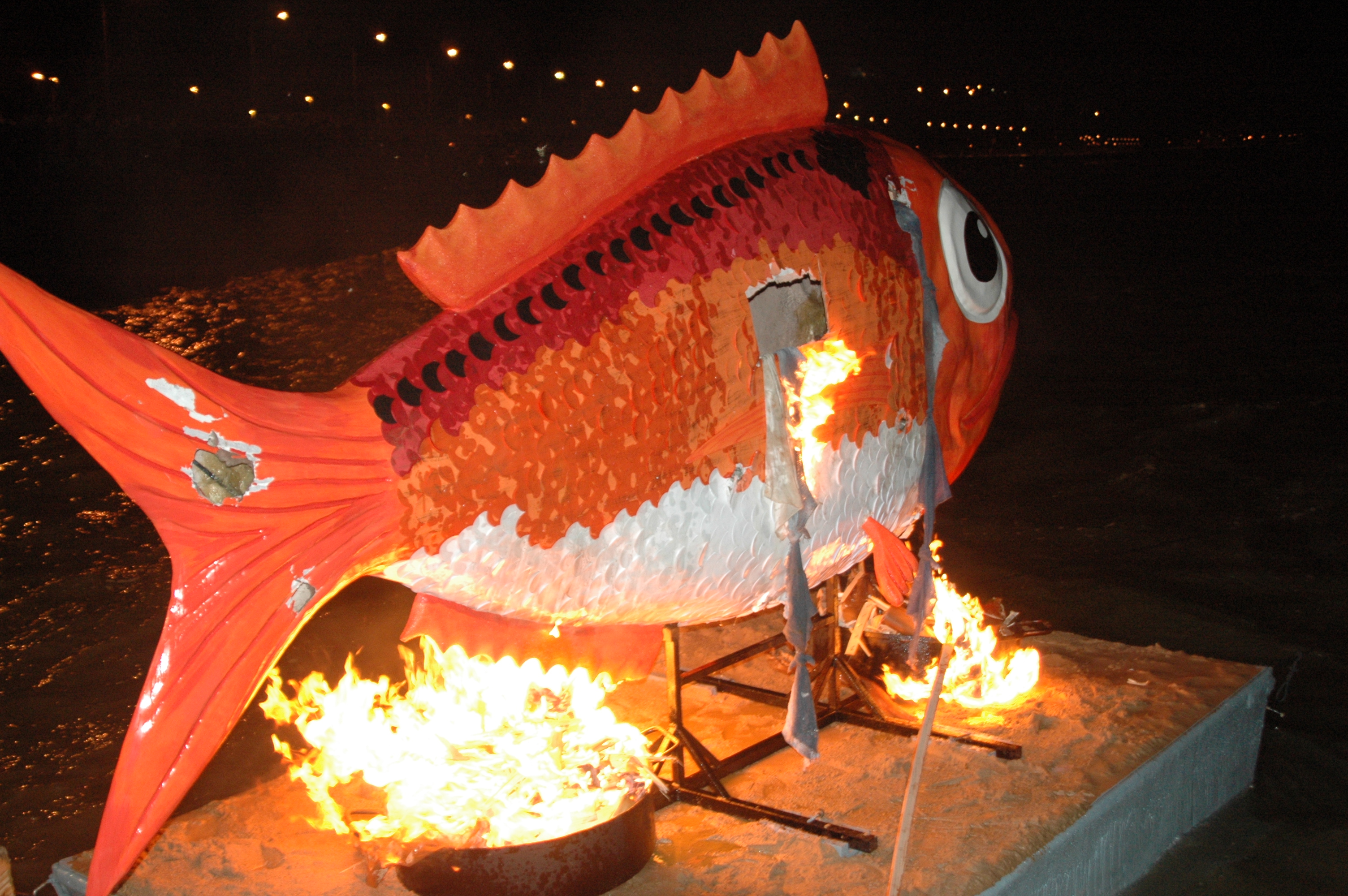 The idea of ​​staging the murga de los Parrandistas, "El Juicio del fondo del mar", arose in the framework of the meetings held by the 1982 Pro-Carnival Commission, which was made up of the Peñas, Hospitality and Commerce.
At that time the Carnival of Santoña was taking its first steps after a long period of inactivity and one of the immediate needs was to provide content for the different festive days. In this way, the idea took shape that for the last day, instead of adhering to the conventional practice of the "Burial of the sardine", the representation of the murga of 1934 could be introduced. In that way, two benefits were obtained: one in terms of the innovation achieved and, the second, the recovery of a popular literary composition that was in oblivion.
The original text of the street band was recovered within the La Zarceta pain and one of its members, José Carlos Juncal, was in charge of adapting the contents to the needs of the time of the staging.
In the fine-tuning of the work, all the Peñas Santoñesas collaborated. That of Juan de la Cosa made the stage, decorated with nets in which some furniture appeared meshed; the Bream was made by La Zarceta; and, in addition to these associations, that of the Ronceros, Vinikis, Banda de Cartón, Cantabros and Baninsa, distributed the task of preparing the first fish that were presented at the trial.
Those fish were made of cardboard, carefully elaborated in their details, they were arranged on the head, as a headdress, while pieces of fishing net were placed on the body as clothing. In the successive carnivals, the representation grew in sets, incorporating new elements (frames, shells, seats ...), and costumes, in such a way that the fish as headdress was changed to the full-body disguise.
As of 1990, the responsibility of directing the staging of the Trial passed into the hands of the La Machina association, who was in charge of it until 1999.
Since 2004 the "Rayitos" Pain is in charge of directing and preparing the performance.